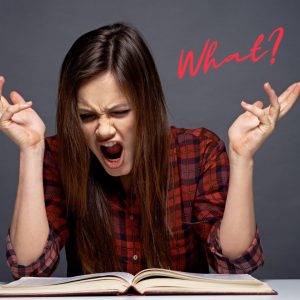 He called two minutes after I texted him to “Stop the presses!” My friend/editor/publisher and I thought The Divine Meddler was ready for its first print run to reviewers and us for final input and edit. Instead, I told him I wanted to chop the last chapter and re-write it. (Turns out too many plot threads required a three chapter re-write, but who’s counting.) I re-wrote last evening, I’m editing today, and will send him the newest version this evening.

Since my blog on Books and Writers needs to post today, I’m multitasking  and blogging about my reasons for the great chop.

In my naivete I thought writing the sequel, Sheol Rising, would  pick up where I left off in The Divine Meddler. But what about the new reader who never read The Divine Meddler? There’s much he would need to know to appreciate the action in the story line of my second book. A while back, writers solved the problem by writing a Prologue.

Like most things that disappear when I need them, prologues fell out of  favor when I wasn’t looking. “Chapter 1” has taken its place. Now I must somehow weave the back story into the Sheol Rising’s first few chapters, and do it without boring to death the person who read my first book. “Yeah, yeah I know. Get on with it.” Or worse yet, did I inadvertently change something.

The Last Shall be First

Last chapters must satisfy readers. The author ties up loose ends, leaving perhaps a few tantalizing ones still hanging for the next book. Justice wins the day, or the protagonist wins the heart of the girl or guy. The world is saved, or the hero saves the world and shackles the monster for all time, or at least until Book II.

Dare I say I think my revised last chapter fits the bill?

By chopping the original last chapter, and incorporating it into the opening chapters of Sheol Rising, I now more easily weave together those plot elements new readers need to know, without boring original readers. Not only that, but the transplant solved many plotting snarls I needed to untangle before Sheol actually rises and  everything goes to blazes for Lou.

Just when I thought all my ducks were in order, a little quacker set off in another direction just because he wanted a new pond. Turns out the little bugger knew best.