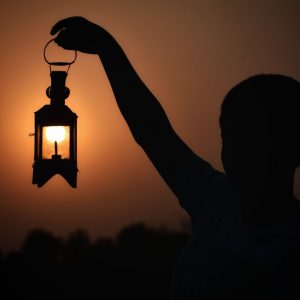 Where is Diogenes when you need him? You remember. He was the guy who carried a lamp to shine light in people’s faces. It was supposed to show who was living truthfully.  I don’t think the authors of some “health studies” in this age of misinformation would pass Diogenes’ lamp test.

Dr. Greger’s video, “Is butter really back? What the science says,” analyzes how health studies can lead to wrong conclusions, not, I would add, always by accident. https://nutritionfacts.org/video/friday-favorites-is-butter-really-back-what-the-science-says/?utm_source=NutritionFacts.org&utm_campaign=684f624d61-RSS_VIDEO_WEEKLY&utm_medium=email&utm_term=0_40f9e497d1-684f624d61-29704488&mc_cid=684f624d61&mc_eid=2114502bf0

Wild guess here. Who do you think commissioned this study, and what was the corporate connection between the butter industry and the “scientists” doing the study? To be fair, good research is not easy. I recall taking a course on understanding research many years ago. I came away with tools (which I sadly have misplaced over the years) to help me study a published paper with an eye toward how it was put together.

I found a website with some excellent examples of sources of potential bias common to research.  https://www.understandinghealthresearch.org/useful-information/common-sources-of-bias-2

Here are the highlights (plus a few of my own).

• Selection bias.  Some groups may be underrepresented or over-represented. Are most of the subjects black people living in a food desert? Are they included at all? How many Native Americans are included in health studies? The cure is randomization – subjects collected at random (ideally electronically to prevent inadvertent human errors).

In a “double blind” study the people administering the drug being studied have no idea if they are giving the real thing or not. So the test subjects AND people administering the drug are both “blind.” This prevents any subconscious behavior on their part that might convey to the participants what they are receiving —the real thing or a placebo. The mind and body are so closely united that even unconscious messaging could interfere with some studies.

A few of my observations

I’ve spent enough 24 hour vigils in the hospital advocating for my husband to know firsthand areas that desperately need improvement. In fact, if hospitals were as good as they claim, I would not have needed to do the vigils in the first place! Yet, when we receive a hospital Quality Assurance survey because they CARE so much, none of the questions relate to the egregious areas they need to address. The questions are loaded so they look good.  “Was the hospital staff polite? Did they listen to your concerns?”  I would have to answer “yes.” But you did not ask if care was timely. NO – we waited an hour before anyone answered the call light.

In this age of misinformation, we consumers must learn not to hang our hats on only one study, especially if that study is done by people associated with companies who have a vested interest in the outcome. Or if they happen to have a handy-dandy product to sell based on their “study” results.  That’s why I often refer to Dr. Greger in my blogs. I need a research geek to do the work for me, (or find out where on earth I buried my textbook on research.)

I guess it’s like political news. We must listen to, read, and study several points of view (or studies) for Diogenes’ lamp to work at all.