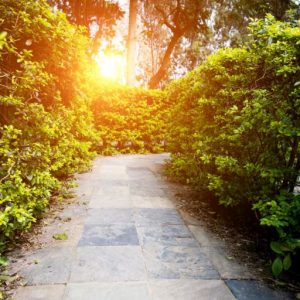 I could be dead right now. Looking back, the whole thing seemed like a fluke, until…

I heard a funny sound coming from my refrigerator. I peered inside and everything looked okay, so I thought nothing of it. A few days later, standing in front of my washing machine in the basement, I noticed a puddle on the floor, just below the refrigerator area upstairs. I looked up and saw the floor joists were wet and dripping. Why had I not seen water pooling in my kitchen?

When I told my good neighbor, Dave, about the leak, he said, “I’ll come by in a few minutes and check it out.”

“No problem, the plumber turned the water supply to the fridge off and the repairman is coming this week.”

I didn’t want to bother him and besides, I had everything under control. I like to take control of things. It’s reassuring if I’m doing my own problem solving.

Dave’s a dear and if he wanted to check things out, fine with me. But I really had things under control.

A few minutes later, Dave stood on a stepstool, felt the joists, and peered at crevices with a flashlight. Suddenly, the hanging fluorescent light just in front of him blinked out. He touched the metal hood over the long light bulb and announced, “It’s hot and arcing. Don’t you hear it?” Yes, but that sound meant nothing to me.

“What about the smell? Don’t you smell it?” he asked.

He unplugged the light, removed it from the chain hangers and water flowed out of it. I had no clue I was that close to just one spark setting off an electrical fire throughout my basement! Dave and I stared at each other for a moment and then said in unison, “Thank you, God.”

Being Dave, he had to dissect the thing, and he returned an hour later to show me the charred wire under the metal housing.

Later, we sat and talked.

“I was thinking a lot of people would think this was just a coincidence that I found this. But it’s so clear to me that God arranged it,” he said.

I agreed. I once believed life was a collection of choices and mindless incidents that bounced off each other like marbles in a shaken box. I couldn’t imagine the Creator of the Universe stepping into my puny life — a life among millions and since the earth’s creation, a life among gazillions. I figured as life tossed me about, I was just supposed to follow the rules, the Ten Commandments, and depending on how I did, it was heaven or hell for me.

But then, several occurrences later, when chance could not account for what happened, I began to see that a loving hand had put a hedge of safety around me EVERY TIME. And even when horrible things happen, God is still there, holding me up.

Now, I know something will kill me someday, but not an electrical fire years ago — thanks to God and his servant Dave. God is sovereign, not me. Turns out, I’m in control of far less than I like to think. I’ll stay within God’s hedge, thank you very much.