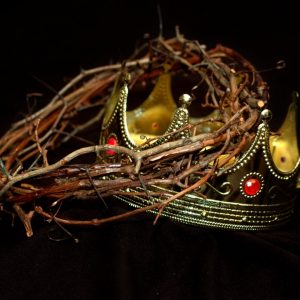 I remember his smile. It was soft and gentle, his joy quietly spilling over everyone and everything around him. He was a man of deep faith.

He struggled in his later years after a fall injured his cervical spine. As the neurologist watched him walk about in his hospital room, he told my neighbor’s wife, “According to radiology, he shouldn’t be able to do what he’s doing right now.”

She smiled and informed the neurologist he was looking at a miracle of God’s mercy.  Three years later, he died peacefully, surrounded by his family. The belief that he is now in what we call “heaven” comforts all of us who knew him. Faith, that knowledge that the God of the Universe, and for Christians, Jesus, holds us close, is the “wind beneath our sails” in times of grief.

When my neighbor first met his future wife, she invited him to join her at Mass. He told her he “wouldn’t be caught dead in a church.”  She told him, “Then we will not have a relationship.” Over a half-century later, he was literally “caught dead in church” because her response those many years ago had been unequivocal.

After his funeral Mass, she mentioned three beloved priests, known to most at the service. The trio had served for years in various parishes. She appreciated their presence and remarked that they were “so holy.”

I knew what she meant, but I reminded her that she, a layperson, was just as “holy” as those three clerics. Hadn’t she led her future husband to a life of faith because she stood firm in hers, those many years ago? Didn’t she mother two daughters and work faithfully in the parish to spread God’s love to others?  I did not mince words. “You are just as “holy” as those three priests!” She smiled and her eyes lit up.

She is the daughter of a mighty King. You are the child of that same King.

In the Gospel of Mark 5:28, we read about the woman who had suffered a hemorrhage for years. Jesus was passing by and she fought her way through the crowd to reach out and touch the hem of his garment. She believed that would be sufficient to save her from the malady that had made her life miserable. Jesus cured her in that instant.

I was sitting next to my Pastor in a Bible study and said I would be happy to be like that woman; to just hang on to Jesus by the hem of his garment. After all, hadn’t I heard from the pulpit that I was a sinner through and through? It is only by God’s grace I was saved. Furthermore, when I was a child, the nuns taught me I needed to perform good deeds and pray to atone for my sins.  No wonder Jesus’ metaphorical hem was enough for me.

I was shocked when my Pastor informed me I “was living beneath my privilege.” In John 15:15 Jesus told his disciples he no longer called them servants, but rather, friends. And in 1 Peter 2:9, Christ spoke of his followers belonging to a royal priesthood, a holy nation.

I am part of a royal priesthood!

My neighbor’s wife had been living as the Daughter of the King when she demonstrated his royal character whenever she reached out to others with love and compassion. She cared for her injured husband faithfully and wisely until he took his last breath. She was indeed a part of a royal priesthood.

Know that you are sons and daughters of the Most High God. May you thrive under that privileged identity.